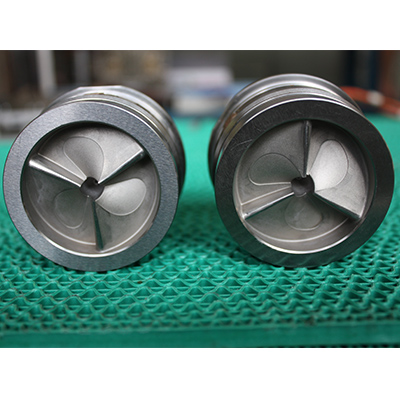 There are two parting surfaces to divide the mold into three parts. Compared with the two plate molds, the gate plate of three plate mold is added. It is suitable for the molds that do not allow gate marks around the product. This type of mold uses a pointed gate, so it is called pinpoint gate mold.

The injection molding machine continues to move backward, as the pulling force continues to increase, exceeding the locking force of the latch lock, the A plate is separated from the B plate, and stops when the set distance is reached.

The ejector plate drives the ejector mechanism (the ejector pin, the ejector rod, and the lifter) to start the ejection movement, and the finished product is ejected (automatically dropped or removed by the robot).

The B plate is pressed against the A plate and the stripping plate, and finally completely tight. The nozzle on the injection molding machine is closely fitted with the nozzle bushing on the mold, and the next cycle of injection molding is started.