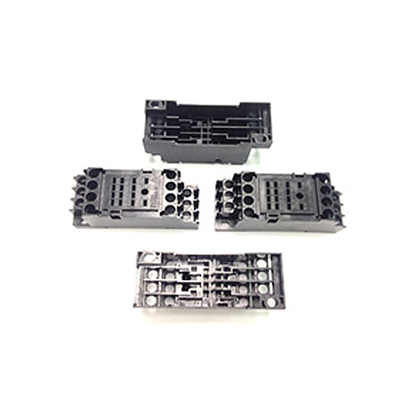 The structure of the plastic injection mold is related to many factors such as the variety of plastics, the shape of the product, the dimensional accuracy, the production batch, the injection process conditions, and the type of the injection machine. Therefore, the structure can be varied and the types are very diverse. However, in the long-term production practice, in order to grasp the design rules and design methods of injection molds, we found through induction and analysis that no matter how much difference between various injection mold structures, there are some common rules and commonalities in working principle and basic structure.

The gating system is the passage through which the molten plastic flows from the nozzle of the injection machine into the cavity of the mold. It consists of spruce, runner, gate and slag well.

Demoulding mechanism is a device for removing a plastic part from a mould when the mold is opened, which is also called an ejection mechanism. There are many structural forms, such as ejector pin, stripper plate, ejector sleeve.

Cooling system, can control plastic mold temperature, generally has a cooling channel on the mold, also a heating element is mounted inside the mould.

Venting system, in the injection molding process, in order to discharge the air in the cavity, it is often necessary to open a venting system, usually opening a plurality of grooves on the parting surface, or release the air with a gap between stripper plate or core of the mold and the mould plates.