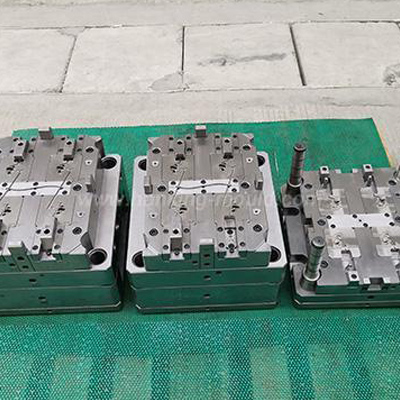 We called this a plug mold, it is actually apart from the adapter charger, it is an insert molding, we will take the metal pin insert which will be put into the mould.

For this kind of mould, the parting line is not complicated but we still have to be confirmed by the customer. As an internal assembly part, the appearance is not particularly important, we can use a cold runner to save mould cost. And the part is not big and thick, so the film gate is suggested to use.

According to the part structure, we propose to have 4 sliders, each side two sliders.

It should be taken care of that if the sliders have draft angle along the slide moving direction, Draft angle analysis should be also checked for cavity and core side, normally the draft angle is no less than 1 degree.

The part shape is irregular, it should be called thin strip shape, this kind of part is often bent after molding because a lack of plastic support, designers should thinking about solution on how to improve the cooling.